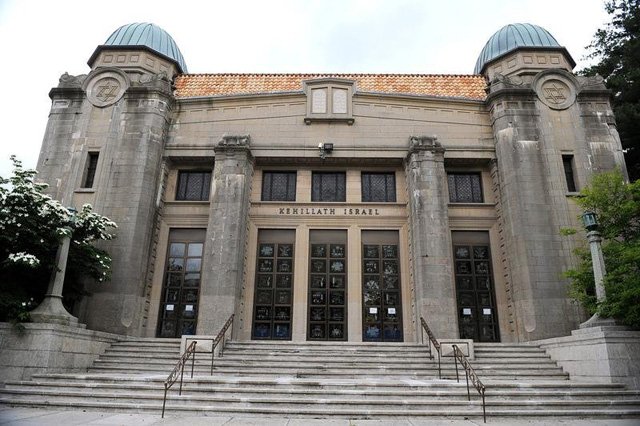 On November 25, 1963, Temple Kehillath Israel hosted a ceremony for the Temple’s congregation, to honor the life of John Fitzgerald Kennedy, assassinated on November 22, in Dallas, Texas. On this day, Brookline residents gathered to pay their respects for their fallen president. People walked down Beals Street to his birthplace, where local religious and political leaders spoke at an interfaith ceremony initiated by Brookline High School students to commemorate JFK. After their service, the Temple’s congregants walked down Beals Street with a wreath and joined the ceremony already in progress outside of the home.