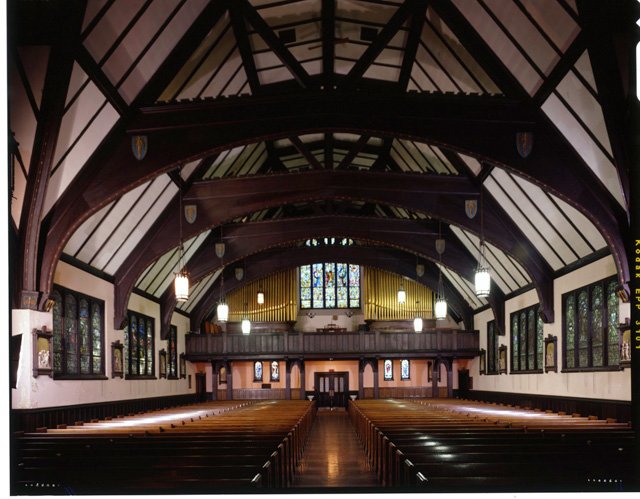 Picture Mrs. Kennedy with her children by her side walking along the same roads you did to arrive at this church. She felt it was important to attend church daily. Looking at this church today it is quite different than how the Kennedys would have seen it. Converted into 59 mixed income housing units in 1999, the original structure of the church still stands. It is today a part of the National Register of Historic Places, commemorating both its architecture and its Kennedy connections. Jack was baptized here on June 19, 1917, wearing a white cap and gown, which are still preserved in their Beals Street home today. Mrs. Kennedy encouraged her children to embrace their Irish Catholic heritage by bringing them to St. Aidan’s daily.

As the children grew older, each Sunday evening, Mrs. Kennedy would question them about the sermon, wanting them to think deeply about the preaching. Joe Junior and Jack both became altar boys there and eventually Mrs. Kennedy sent her children to visit the church on their own. Jack did in his own way. A Parishioner recalls a young Jack hurriedly pulling off his roller skates outside of the church and running in to give confession, and then, just as quickly, running back outside to continue playing on his skates. St. Aidan’s Roman Catholic Church proved to be a large part of their Brookline experience.