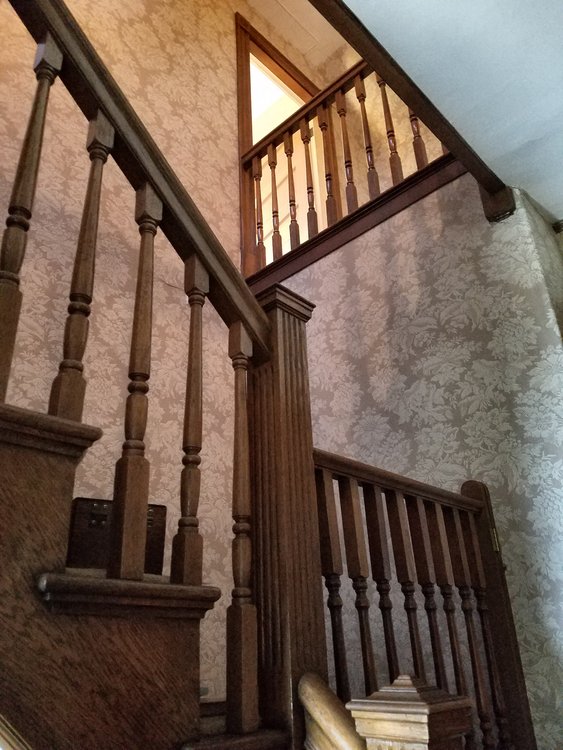 You might be wondering, what is on the top floor? Today, it is office space for park staff but when the Kennedys lived here, there were two separate bedrooms for the live in maids.

Mary O’Donohue, from Ireland, who was the maid -of-all-work and Alice Michelin, from France, served as the nanny.  Domestic service was difficult work and required long days, but it did afford women who pursued the occupation employment and a place to live.

After this home was repurchased by the Kennedy Family, it was the president’s mother who turned it into the museum that you see today, recreating the home as she remembered it.  The upstairs was left unfinished.

The maids would have spent relatively little time in their bedrooms and so let’s go downstairs to the kitchen, where they spent a lot of their time.