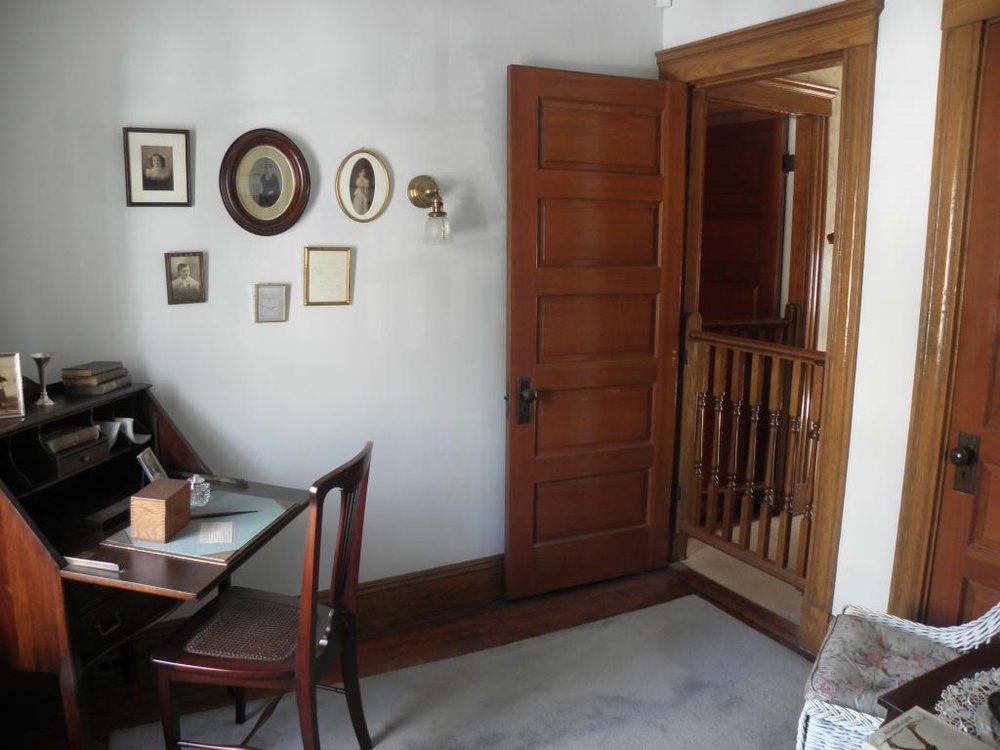 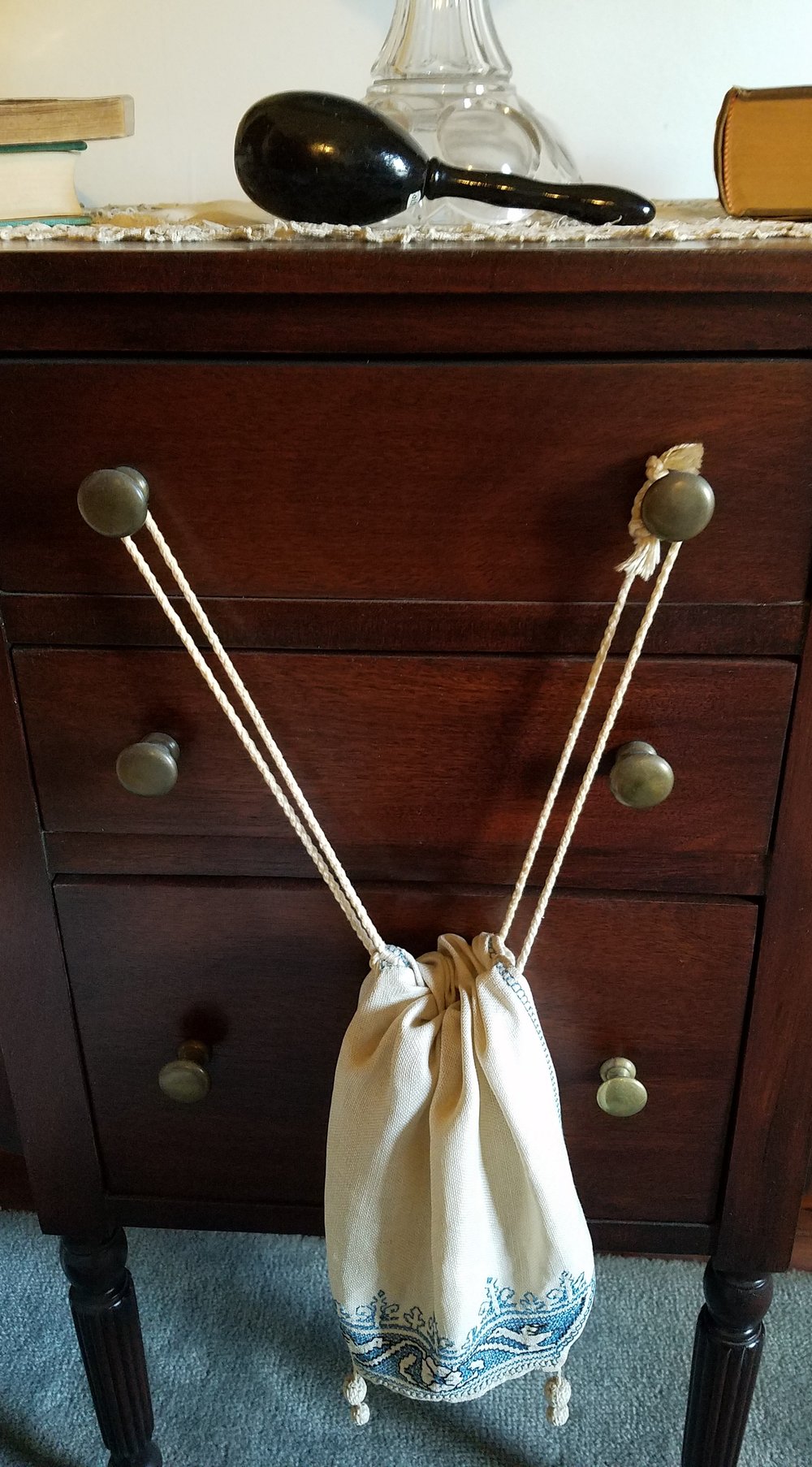 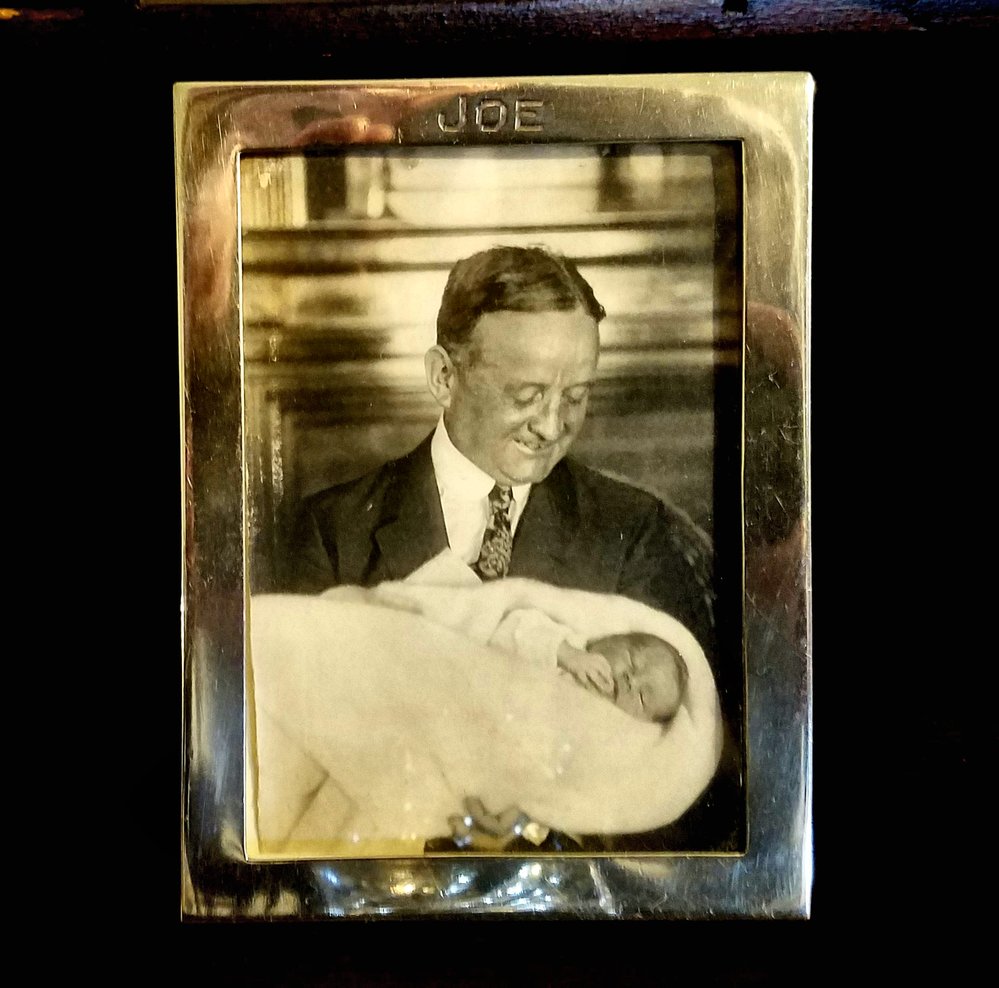 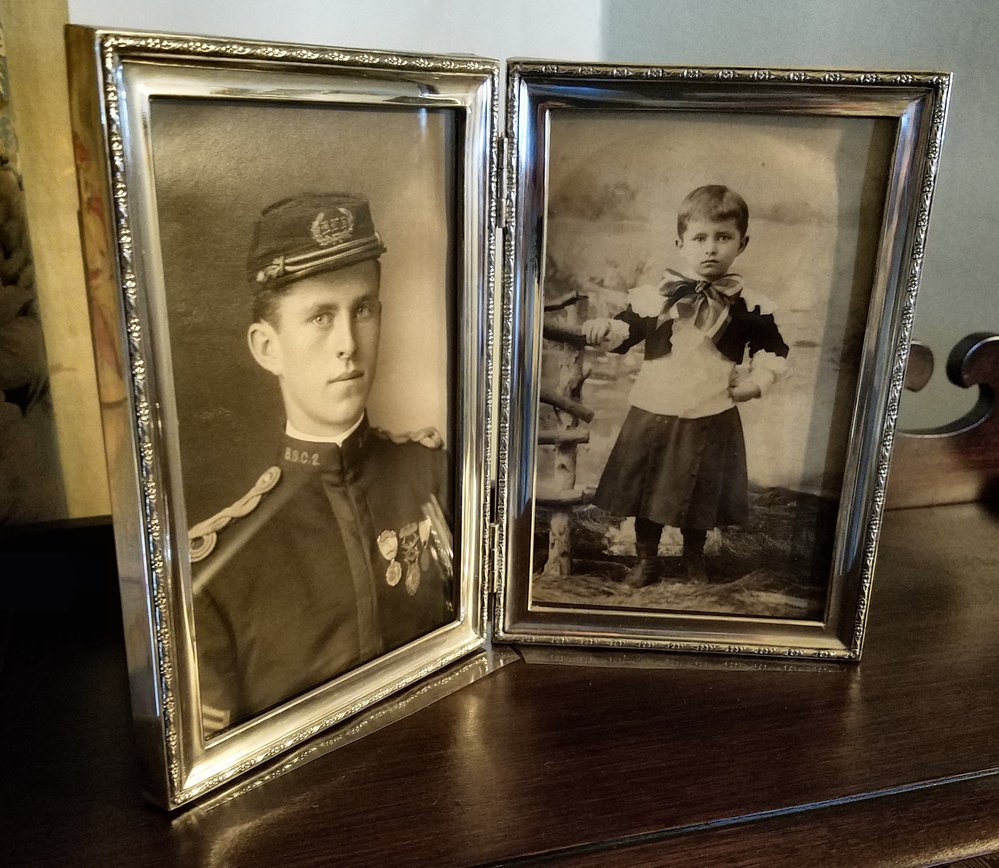 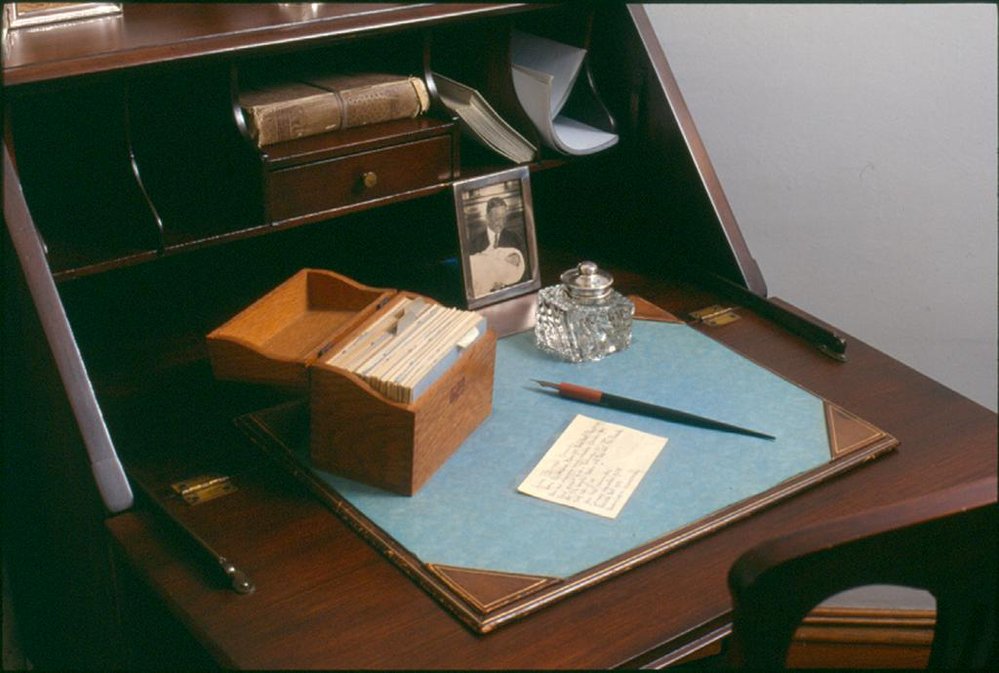 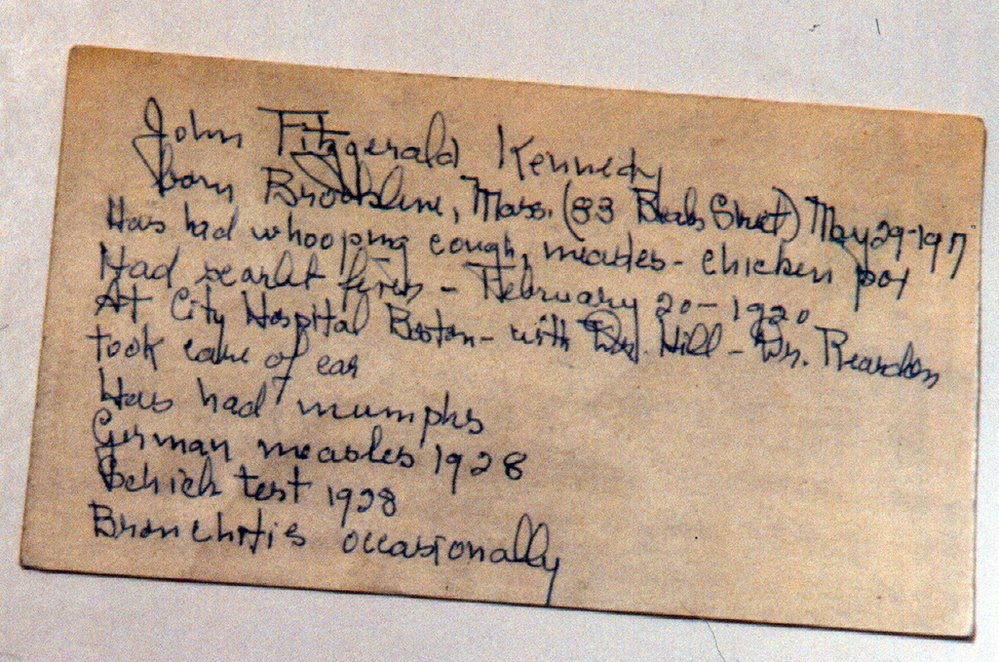 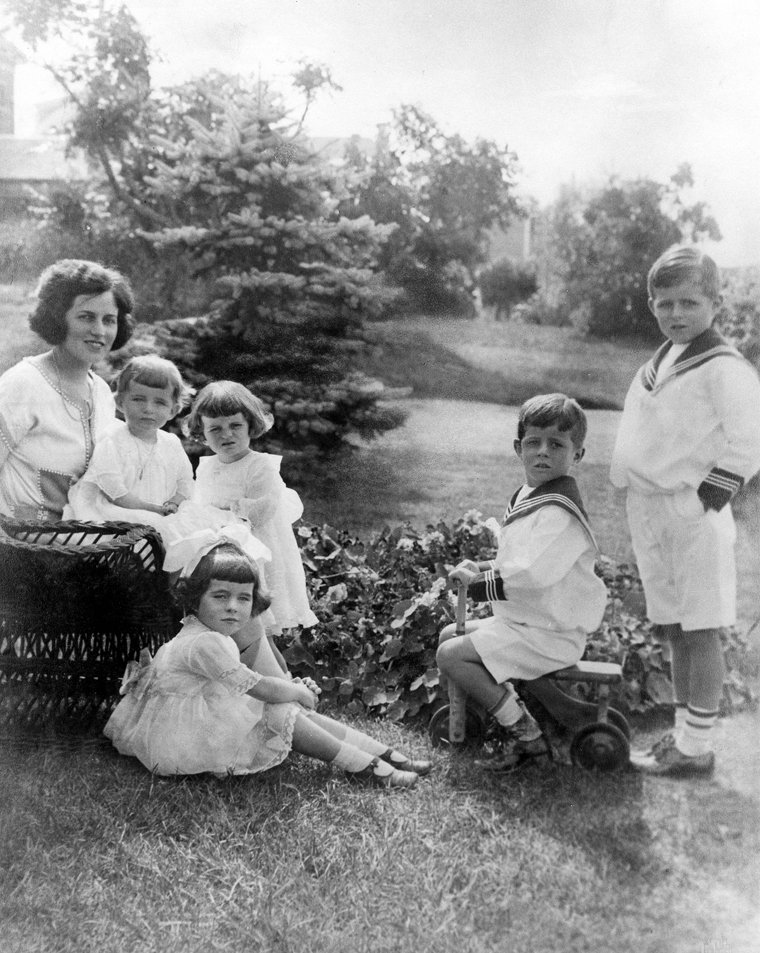 Who do you think used this room?  If you guessed Mrs. Kennedy, you are right!

This was what she called her “boudoir” and you’ll see her darning bulb and sewing kit on the table; a picture of her father on the desk—holding her first-born Joe Jr.; and pictures of her husband atop the desk.  It was essentially her office. She said that Mr. Kennedy had his office in Boston and that as manager of this house, she wanted her office in the home.

In the wooden box, she kept meticulous notecards on which she recorded the children’s health, their height and weight by week, and many other details.  Mrs. Kennedy was very regimented and methodical. She had a lot of rules in her house and believed in something called “Scientific Mothering”.  She read many books on how to properly raise children and bought into many of these ideas whole-heartedly.

She lined up the children in order of their age before they brushed their teeth each night. The bath water was set at an exact temperature for a child based on his or her age. There was an exact number of hugs that she believed children should receive daily--which wasn’t many as you didn’t want your child to be too clingy.

Mealtimes were kept to exactly 20 minutes. If she believed you were too heavy, you didn’t get as much food and you were criticized about your weight. If you were too thin, you received a little extra food and were also criticized. Image and physical appearance were very important to her and Mr. Kennedy.  If you were late to these meals, you missed what was already served.  Jack, not liking a lot of these rules, being a bit rebellious as a child, and having that sense of humor, was often late to meals but on time for dessert.