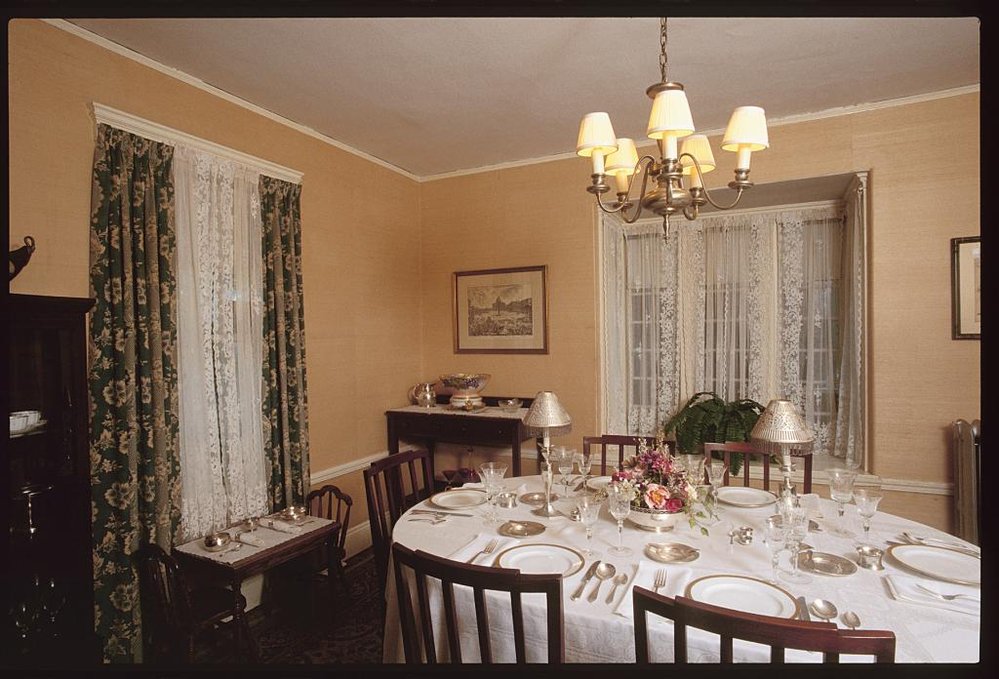 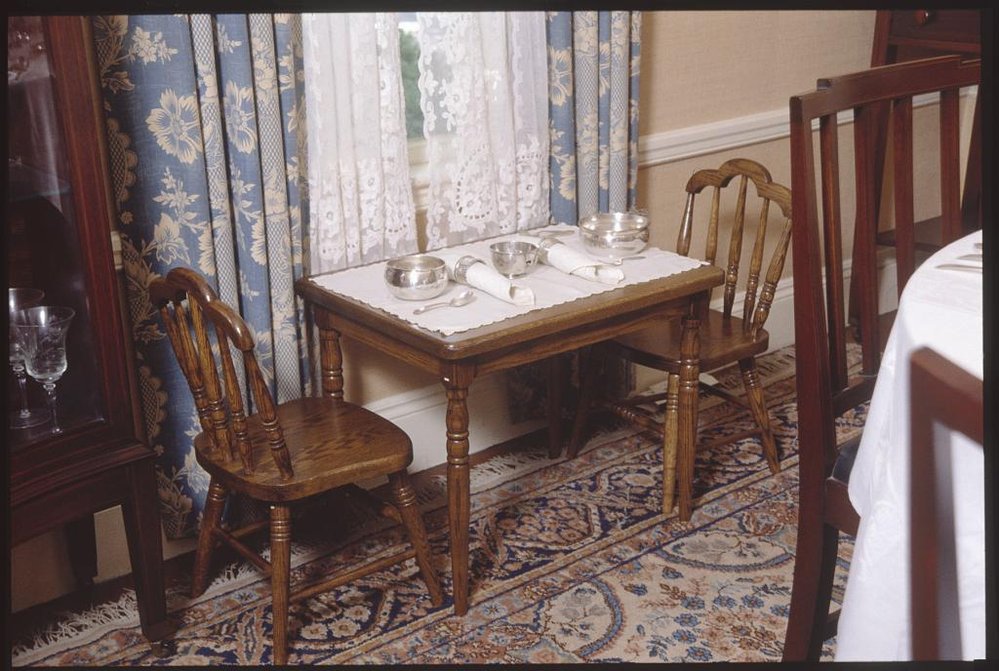 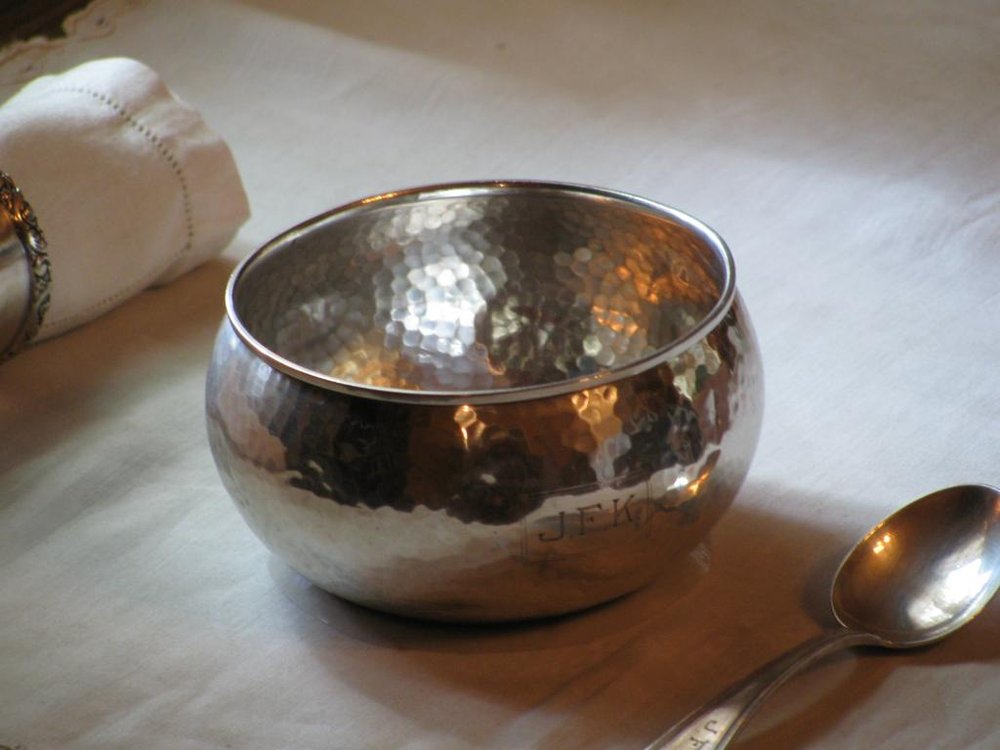 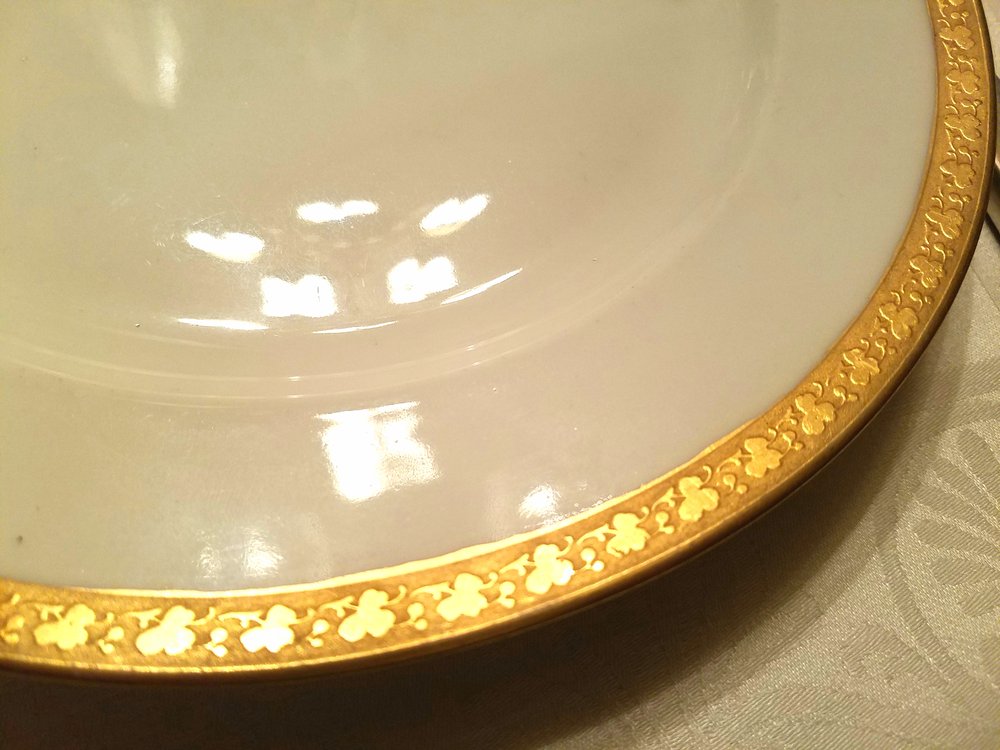 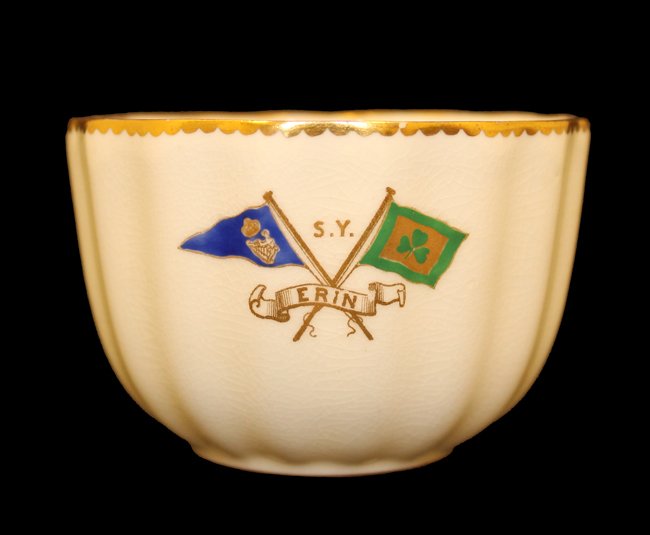 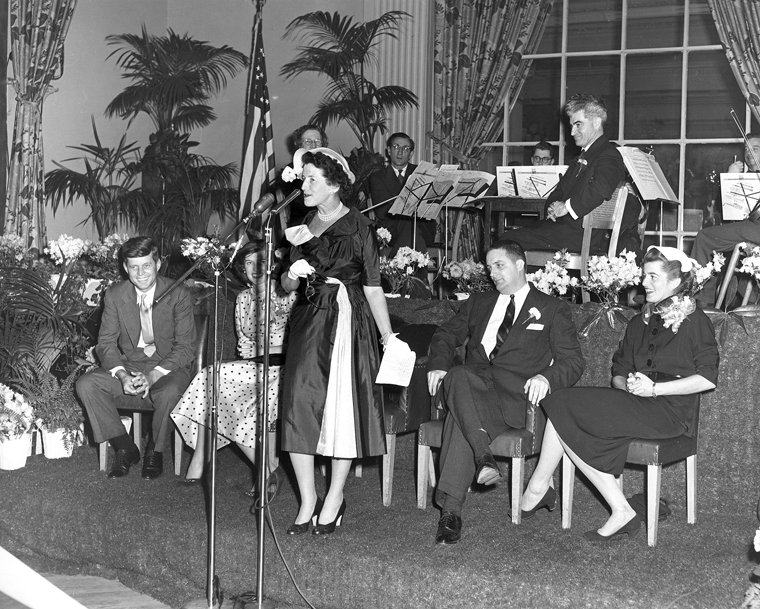 In the dining room, where do you think young Jack sat?

If you chose the chair, closest to us, at the small children’s table by the window, you are right!

Jack, the younger of the two boys, had the smaller porringer bowl and if you look closely, you’ll see his initials “JFK” engraved on the side.

The room is small, but rather fancy and formal.  Many of the items in this room were gifts given to the Kennedys on their wedding day.  The gold trim, around the China, was painted on by Mr. Kennedy’s sister, Margaret, and if you look closely, you’ll see tiny shamrocks which speak to the family’s Irish Catholic background.

The teacups with crossed flags, in the cabinet on the left, were later gifts from Sir Thomas Lipton, owner of the Lipton Tea Company and a close family friend of the Fitzgerald side of the family.

Mealtimes presented an opportunity for the entire family to gather and the Kennedy parents loved to engage their children in discussion.  The children were expected to come to meals with ideas and be able to speak up for them.  When they were older, Mrs. Kennedy put up a bulletin board outside of their dining rooms.  She posted newspaper articles that the children were expected to read before dinner and she posted questions that she wanted them to think about and come prepared to discuss.

Mr.  Kennedy enjoyed debates and he would often throw out a topic for discussion in which the children would take sides and argue their points back and forth.  The Kennedy parents emphasized, “For better or worse, the destiny of the world is shaped by those who get their ideas across.” And so, this may have been the setting where the future president learned how to think critically, express his views, and persuade others.

After a good meal and rousing discussion, you may be feeling tired and want to get some sleep.  Let’s head to the second floor now. We’ll start with the master bedroom to the top right of the stairs.